UTorrent Is Hopping to Regain Trust after Bitcoin Mining Controversy

UTorrent Is Hopping to Regain Trust after Bitcoin Mining Controversy 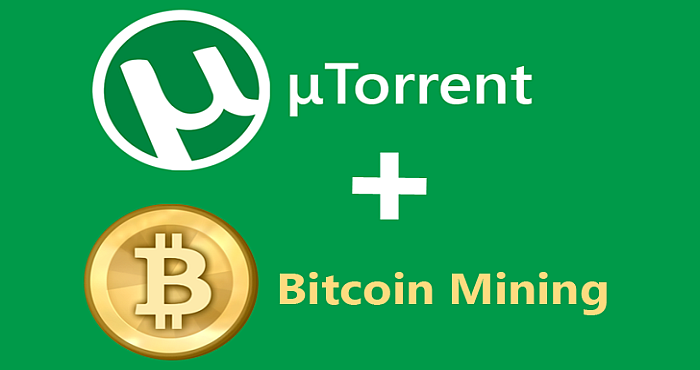 The itTorrent Inc.’s, uTorrent is another version of the popular BitTorrent. UTorrent was specifically released by the company in order to avoid the Bitcoin miner that had been highly criticized. The Bitcoin miner had been bundled with the previous 3.4.2 version. Although the company understands that these controversies eroded the trust of some of its users, it still hopes to keep such users on board.

Most of the uTorrent users were surprised to see that their favorite uTorrent came bundled together with the “Epic Scale” Bitcoin miner. Even worse than this, the users claimed that the application was silently installed without asking them for some explicit permission. The BitTorrent Inc., which is the uTorrent parent company denied these allegations, although it seriously took all the complaints.

Actually, the company went ahead by suspending the Bitcoin miner quickly until further notice. Due to the backlash from user- which was negative, the company announced recently that this “offer” wouldn’t be restored. The uTorrent team went ahead by offering a public apology to all of its users by saying that it had misjudged how the users would have responded.

Jory Berson, one of the Bit Torrent Inc. Team Members, said that they had acknowledged that they had misjudged how their offer would have been received. He went ahead by giving an apology to all the users who had objected this offer and those who had trouble while uninstalling the software.

To ensure that it keep the trust of its users, BitTorrent went ahead by releasing a new version of the uTorrent software- version 3.4.3. This would ensure that users could bump from 3.4.2 to the current version. It would also ensure that the users are kept away from the tainted version.

Whereas the official site is no longer offering downloads that are including the “Epic Scale” Bitcoin miner that has been bundled together with this software, the company warned that some third-party sites may still include it in their older versions. For most users are people who are looking to use the uTorrent software, it is recommended to consider downloading directly from the official site. By so doing they will get the version 3.4.3, which doesn’t have the bundled “Epic Scale” Miner.

The BitTorrent mainline client that also included the same “Epic Scale” Bitcoin Miner, has also got an update from version 7.9.2 to version 7.9.3. Both the two software can be easily and perfectly be downloaded from the official sites.

This website uses cookies to improve your experience while you navigate through the website. Out of these, the cookies that are categorized as necessary are stored on your browser as they are essential for the working of basic functionalities of the website. We also use third-party cookies that help us analyze and understand how you use this website. These cookies will be stored in your browser only with your consent. You also have the option to opt-out of these cookies. But opting out of some of these cookies may affect your browsing experience.
Necessary Always Enabled
Necessary cookies are absolutely essential for the website to function properly. This category only includes cookies that ensures basic functionalities and security features of the website. These cookies do not store any personal information.
Non-necessary
Any cookies that may not be particularly necessary for the website to function and is used specifically to collect user personal data via analytics, ads, other embedded contents are termed as non-necessary cookies. It is mandatory to procure user consent prior to running these cookies on your website.
SAVE & ACCEPT